The Commander's Way Board Game Reality itself bends from the fire power of energy weapons, immense battle lasers collide with one another, space is crisscrossed by rockets. A sudden flash - the great battleship of the Star Empire breaks apart melting in a vortex of raw plasma. The defending fleet is destroyed, the remaining ships disappear into subspace, marine transport modules are heading to the now defenseless planet. Ground forces are defeated - ion this turn, the battle belongs to the Confederation of Great Houses.

"The Commanders Way " is a game of space battles. Great armies of battleships and lightning fast jet squadrons do battle. Battles are fought for control of space stations, planets with garrisons and anti space weaponry are besieged. But one can win not only on strength alone: it is important to organize inter planet trade, burrow mines and build space stations, and be prepared for acts of mutiny and sabotage.

The player is manifested in the game by taking on the role of Commander. The position of the Commander is shown with a special card, he may be located on the flag ship of his armada or he may be commanding the defense forces on a planet. Each Commander has his own unique abilities that players may customize to their liking. The game is always lost if your Commander dies, but you can win not only by killing the enemy Commander, you can win by conquering a number of planets, destroying the most battleships, organizing an effective inter planet trade route - it all depends on the abilities of the Commander, the player and his faction. 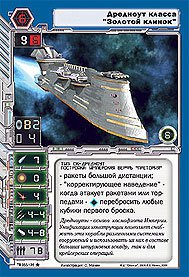 You can fight for the Star Empire, whose main objective is to expand their territories, for the Confederation of Great Houses, whose main interests are in trade, for the pirate clans who want nothing more than booty, or for the mysterious Kh' arn race, whose motives are unknown and whose fleet keeps growing by the day causing worry to the other factions.

There are a great number of ships in the game. Each ship has its own characteristics: carries a variety of weaponry (Ion cannons, lasers, masers, rockets, torpedoes etc.), extra armor and energy shields, varies in speed. Some special ships can perform boarding actions and deploy marines on planets, some can cause planetary bombing runs and ram enemy vessels. There can also be none military ships: repair bots and cargo ships.

The main tactic in the game is to correctly compose your fleet and use different weaponry for each situation and target. Maneuvering is also very important since all ships have different speed. 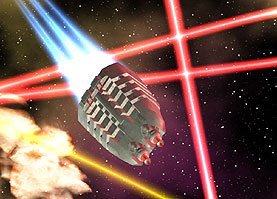 Strategy is formed on the amount of planets and space stations under control, the dislocation of your fleets in space and orbit, on organizing manufacture and trade.

"The Commanders Way " is very versatile and multilayered; since it's a collectable card game, players form their own decks by adding cards he needs. You can use both starter sets that have prebuilt decks and booster packs that contain a random set of cards.

There is an active tournament system for "The Commanders Way". Competitors receive awards and titles for winning battles and a rating of players is kept.